” A Traiñera” from Coastal to Industrial Fishing 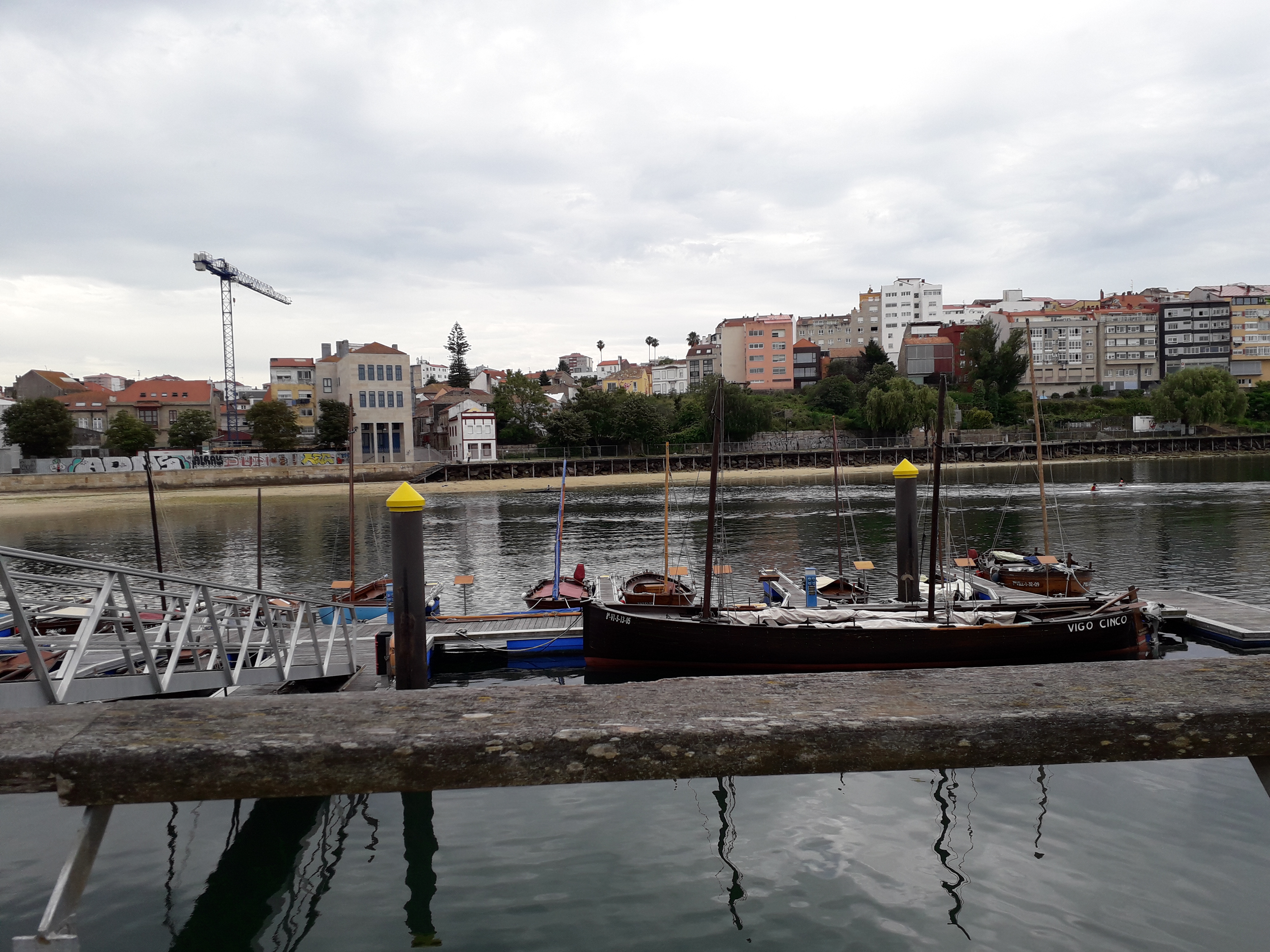 Our visit began low “The Waves of the Sea of Vigo” from “Martín  Códax” medieval joglar , drawed by that the artist Pedro Sardine  in that beautiful  wall painting, that decorates  with lyric  the  “Casa do Patín” , house of sailor typology  that dates of 1639, when the sea arrived till here ; Currently, restored as a Library and  Municipal Office of the District of Bouzas,

We say goodbye to the sculpture of  “Asorey” , representing “Eduardo  Cabello”, engineer director of the Works of the Port in 1909, and we continue by the Street of the  “Alfolíes”, name that remains the store of salt that were here centuries ago and that it was of vital importance in the trade of the period. Next to the Church, we talked about the Templars and also of pirates, and we continue our walk till the workshop of the Sailor of  Bouzas, a veritable museum, where began the first part of the explanation.

So good news that the riverside carpentry of  was recently protected as a  BIC (well of cultural interest).

After that we were till the dock, where we been showed the different traditional vessel most representative of all Galicia, their  differents characteristics and their  evolution:

Did you Know  that the current rowing boat “traiñeras” of competition have their origin in the  “traiñeiras” of fishing?.

And that the arrival in Galicia of the  traiñeiras was not peaceful? There were verbal and physical confrontations between sailors that’s why  this period is known as “War of the Sardine”

Something unique is that in the  dock of  Bouzas has  the only  “rowing boat”  of fishing that exists in Galicia: “Vigo Cinco” built in the year 2005 by the School  “Mar de Vigo” of the City council of Vigo,

We really wanted to thank all the participants and specially Braulio from the Sailors Association  for his time and for transmitting with so much passion and knowledge all the related with ships, utensils and knowledgments of the sea.